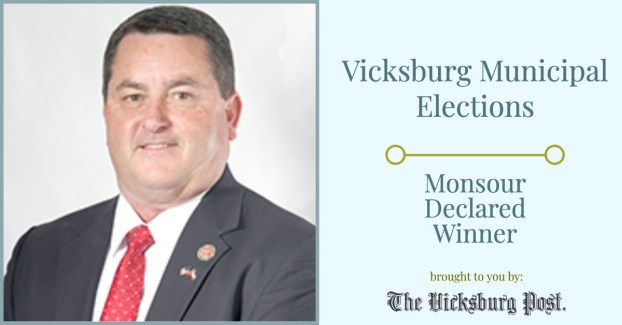 The race for Vicksburg’s South Ward alderman was a close one, with opponents Monsour and Vickie Bailey coming down to a margin of fewer than 70 votes.

There are still 19 mail-in absentee ballots that need to be counted. They will be added to the total number of votes over the next five days, as they are delivered. However, the mail-in absentees will not affect the outcome of this race.

This will mark Monsour’s second term. Bailey, the former city youth development/network director, was running for her first term as alderman.

Monsour defeated former South Ward Alderman Willis Thompson in a close race in 2017 to win his first term on the Board of Mayor and Aldermen.