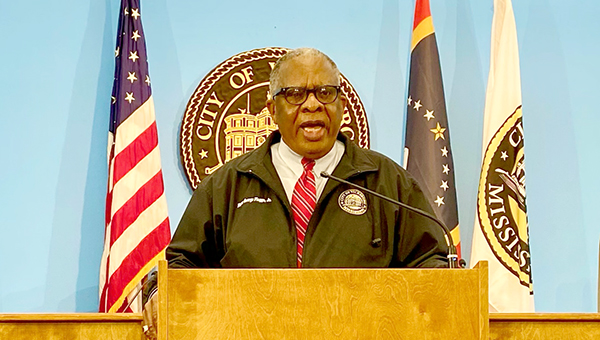 The Vicksburg Board of Mayor and Aldermen on Thursday approved Mayor George Flaggs Jr.’s plan for a homicide-gang unit in the Vicksburg Police Department to crack down on violent crime.

“I believe we’re going in the right direction by doing this,” Flaggs told the board.

Flaggs announced his plans to form the special unit under a deputy police chief at a candidate forum in May. At the time, he indicated he wanted to hire former Vicksburg police investigator Troy Kimble for the position.

Kimble, who is presently the chief investigator for the Claiborne County Sheriff’s Department and Warren County Central District constable, was a candidate for mayor at the time of Flaggs’ announcement. Flaggs said Thursday he plans to offer the position again to Kimble. He said after the meeting he plans to meet with Kimble on Sunday.

Kimble declined to comment, saying he would not respond on the matter until he spoke with Flaggs.

The mayor said Thursday the deputy chief over the special unit will not be named until the administration’s first meeting on July 6.

Flaggs said he would talk to Aldermen Alex Monsour and Michael Mayfield about the position and other possible changes in the police department administration.

“I have every intention of appointing the best man or woman for this position,” he said. “I want crime stopped, I want discharging guns stopped, I want gang activity stopped. I want a person who knows what they’re doing.”

Flaggs said he offered the job to Kimble during a radio program and Kimble refused.

“I’m going to offer it to him again. If he doesn’t want it, I’ve got two other people ready to go, but I have every intention to offer it to the best person I know for the job,” Flaggs said, calling Kimble “the best investigator that I know.”

If he hires Kimble, Flaggs said, “It will be up to him to prove to the people what he said on the campaign trail. He wants to change it, give it to him.”

Flaggs said in a May 28 interview about the special unit that gun violence in the city “has risen to a point where we need to meet it head-on and the homicides that we have that have not been solved, I think we need to pay more attention to them and put a more dedicated person on it that’s specialized and has the ability and expedite (investigations).”

The key issue involving the new unit, he said, is the city putting 100-percent emphasis on homicide and crime.

Kimble finished second in Tuesday’s general election for mayor. In 2017, he ran for North Ward Alderman, losing to Mayfield by 150 votes.

Thomas Hardman, the Vicksburg 14-year-old charged in the shooting death of his 11-year-old cousin, has been charged with manslaughter-culpable negligence... read more