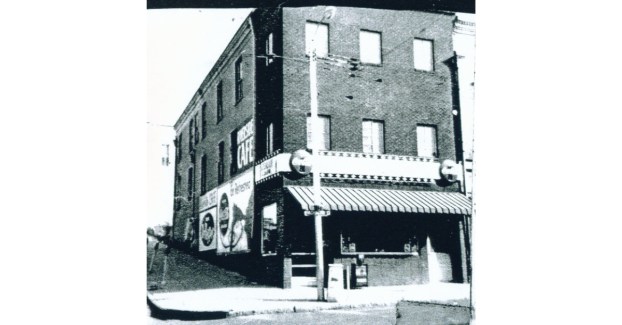 This building on the corner of Washington and Grove Streets in downtown Vicksburg has hosted a variety of business ventures, ranging from a dry-goods store to a doctor’s office. Today, the building houses the Attic Gallery and Highway 61 Coffee House. (Photo submitted)

This building on the corner of Washington and Grove streets is one of the few early buildings on Washington Street that retains its original third story.

A grocery store for much of its early life, it became a saloon when Charles J. Miller petitioned for a liquor license in January 1893 to “sell liquors in quantities less one gallon.” The petition, signed by about three hundred “voters,” stated that Miller was “of good reputation and a sober and suitable person to receive such privilege.”

An article in The Vicksburg Post reported that Miller had established his grocery business in 1887 and added the saloon in 1893. Prohibition was approved by the Mississippi Legislature in 1908 and began on Dec. 31, 1908.

The Vicksburg Post reported: “Mississippi, for many years the battleground of the prohibition and liquor forces, has been removed from the center of agitation, statutory prohibition having become an established fact at last winter’s session of the state legislature. Under the terms of the compromise that was arranged between the anti-prohibitionists and the anti-saloon league, every saloon in the state will close its doors the next to the last day of the present year. The only trouble the prohibitionists have is to conquer the “blind tiger,” and this will be no small undertaking. The anti-saloon forces assert they are firmly entrenched and are prepared to assist in the effective enforcement of the law. The news from Jackson that Attorney General Stirling interpreted the prohibition law to mean that the saloons must close tonight instead of the night of Dec. 31 was first told in Vicksburg by The Post last afternoon. This news attracted considerable interest.

“It is believed the saloonmen will bow to this latest decree and close their places of business tonight. It is generally admitted, however, that the legislature honestly desired that the saloonmen be given the whole of the year in which to close out their businesses. In local saloons, this is a very busy day. In one place a tin bucket with a piece of crape attached was hung up.

“‘Smile, damn you, one day, more,’ is the sign hung up in another barroom. Even though prohibition will go into effect tonight at 11 o’clock, the saloonmen generally declare that this does not mean the supply will be shut off. All declare that it will be a very easy proposition for those desiring liquor to get it from saloons to be established in Delta, La. and just across the canal on DeSoto Island.”

In fact, C.J. Miller opened his new saloon in Delta, with a number of other Vicksburg liquor dealers, and offered to deliver.

The Post reported that “Tom Morrissey is to establish a saloon on DeSoto Island at the foot of Clay Street, just across the canal. He will have several launches to carry his customers across the canal and back, and the boat service will be free. A temporary building will be erected soon, and if the water goes up and covers the land, the saloon will run from the deck of a barge.”

The article concluded with the following: “A whole lot of barkeepers are now on the lookout for jobs. The social clubs are still keeping a supply of liquor on hand. A lot of us will have to swear off before the first of the year.  The bootlegger is coming into his own. Have you laid in your supply? Eight more hours! Exit, booze!”

Charles Miller continued to operate out of the building at 1101 Washington St. with his ferry company and later an auto company. From 1921 to 1923, the Princess Theater was located in the building. The theater advertised first-run films “exclusively for colored people.” In 1924, Tanous Brothers Shoe Store was operated out of the first floor of the building and there was a rooming house on the upper two floors.

By 1929, the Riverside Café was located on the first floor and Dr. J.H. Spencer had an office on the second floor. The Riverside was still in business into the early 1970s, I believe, and was followed by Velchoff’s Restaurant and Miller’s Still. The Attic Gallery then moved into the second floor and the first floor housed a couple of coffee shops before becoming Highway 61 Coffee.