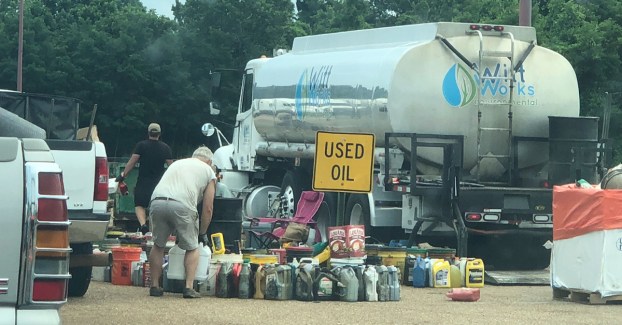 The Warren County Board of Supervisors hosted its annual Hazardous Waste Collection Day on Saturday for the first time under the direction of Shalanda Harris, who said it was a great success.

In March, Harris’s administrator presented her with the event and told her she would be in charge. At first, Harris said she was nervous about directing this large event; however, as the planning got underway, she took control and enjoyed the experience.

“I was only nervous when she told me it was going to be my task and then the fear just went away when I got closer to the day,” Harris said. “I got there Saturday and was ready to rock and roll.”

Her hard work and preparation paid off as the event had a great turnout. The event had 785 vehicles drive through to drop off many items for disposal. Harris said some of the most popular items brought in were televisions, batteries and paint. Total calculations for the amount of waste brought in and the cost of it all are still underway.

District 5 Supervisor Kelle Barfield thanked Harris for her hard work and said the event had a great turnout that she was happy to see.

“There were enough TVs brought to fill up this large room,” Barfield said during Monday’s regular meeting of the Board of Supervisors.

Harris said this is an important day for the residents of Warren County and the surrounding area, because it helps with community clean-up.

“It is a great clean up so when people have things they need to dispose of around their house, they can bring it there,” Harris said. “I think it is a great way to help the community dispose of things that they don’t have a way of disposing.”

Harris said she was happy about the success this year’s Hazardous Waste Collection Day brought, and she will be continuing to organize the events for the years to come.

The COVID-19 Delta variant is surging and the number of cases in Mississippi and Warren County is escalating, and with... read more